What is a Labradoodle?

Nowadays, many people are looking for labradoodle puppies for sale. You may have never even heard of a dog breed called the labradoodle. The term initially showed up in 1955, however, was not really developed any further until 1988, when the mix breed started to become utilized as a hypoallergenic guide puppy. As of 2017, labradoodles have not been recognized as an official breed by any fancier, kennel club, or breeder association from anywhere in the world. Not all Labradoodles are completely hypoallergenic, due the the variance in genetics across each puppy. Rather, it is a trait within the puppy that most people, including breeders, are searching for and acknowledge in this crossbreed. If you're looking for more tips, or want a better understanding and more knowledge of the breed, Labradoodle has it for you.

The History of Labradoodle

The labradoodle truly started to gain recognition in 1988, which was when Australian dog breeder Wally Conron successfully crossed the Labrador Retriever and Standard Poodle at the Royal Guide Dogs Associations of Australia in Victoria. His reason for doing this was to combine the low-shedding trait of the Poodle with the tenderness and trainability of the Labrador Retriever, to be able to provide an aide puppy for individuals with sensitivities to allergans such as pet dander. His success in completing the cross was simply the beginning of this breed's rise to popularity. 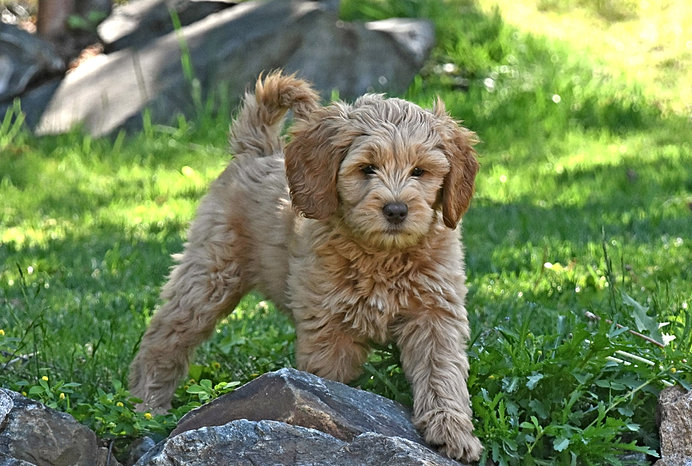 One of the puppies from the litter produced from the first attempt at this new breed showed every one of the qualities that Conron was looking for. This particular puppy went on to work as an aide dog for a lady in Hawaii for ten years. Wally was pleased at his ability to accomplish what he had set out to do, helping people who previously would have had to depend on themselves or other people, instead of a reliable aide dogs. Guide and aide dogs are very useful to people in need, which is why it was very important to make this development with the breed, so that people in need who were also sensitive to allergans could still be accomodated. A further benefit to this breed is that in addition to being a great therapy and guide dog, it is also an excellent family dog, and is great for new owners. The Labradoodle is one of the best, all-rounded dogs you will ever find. This is the best part about being able to mix the best aspects of multiple breeds together. You can visit the site above if you are interested in buying a labradoodle puppy for yourself.